The on-demand online streaming media giant, Netflix, is supposedly in talks with some of the nation’s largest cable companies to negotiate a possible collaboration. To read more, CLICK HERE.

A new $100 bill will be released into circulation soon. The bill will feature quite a few new changes from more color to a 3-D security ribbon. To see the new bill and its features, CLICK HERE.

A survey of Americans over 50 were asked to answer simple financial questions and only 33 percent of them answered all the questions correctly. This article sheds light on financial literacy and what options are being considered to help raise the number of financially educated people. To read the article, CLICK HERE.

Beats headphones are the leader in high-end headphones and now they may really blow competition out of the water after landing a $500 million investment. To read more, CLICK HERE.

The 3-D Printer. Amazing and new technology that can take something as simple as a toy or tool and duplicate the item. But some are concerned what this might mean for factories all over the world but specifically, China. To read more, CLICK HERE.

Forty percent of Blackberry’s employees will be laid off before the end of the year. This isn’t the first sign of struggle for the smartphone maker and for many the wave of layoffs doesn’t come as a surprise. To find out why, CLICK HERE.

After a close vote, the House of Representatives voted for a 5 percent cut in a program that nearly 48 million Americans use. The Supplemental Nutritional Assistance Program, also known as food stamps, will no longer be accessible for 3.8 million people next year. To read more about the bill, CLICK HERE.

Hesitation and anxious nerves over when the Federal Reserve will start to taper its bond purchases and the potential spike in interest rates hitting the market this fall, it could cause choppy waters in the market this week. Monday’s market closed with the Dow and S&P 500 achieving their first four-day losing streaks this year, having now decreased nearly 4 percent since each hit their all-time highs at the beginning of August. To read more analysts opinion on where the market will go, read the full article HERE.

U.S. District Judge Jed Rakoff in New York has endorsed the Financial Institutional Reform, Recovery, and Enforcement Act (FIRREA). The most recent decision happened last October in a case brought against Bank of America by the Justice Department. The government claims that mortgage programs used by the bank empire sped up certain home loan processes by removing critical checkpoints, which resulted in thousands of defective mortgages. To get all the details on the trial set for September 23rd, click HERE.

On The Radar Report

Consumer goods market researchers have, for years, tracked and studied the rapid rise of the nutritional supplement market. According to market researcher Packaged Facts, the nutritional supplement market in the U.S. hit $11.5 billion in sales in 2012. They estimate the market to hit $15.5 billion by 2017. Packaged Facts suspects a desire for less-costly alternatives to traditional medicine to be the catalyst for this growth. Regardless of the motivation, the numbers don’t lie.

Cyanotech Corp. (CYAN) is a Hawaii based company producing two classes of microalgae based organic nutritional supplements, Spirulina Pacifica® and BioAstin®. The former is rich in protein, beta-carotene, B vitamins, and a host of other phytonutrients. The latter is an antioxidant H-bomb with 550 times the concentration of vitamin E.

The benefits of deriving supplements from microalgae are multi-fold:

Cyanotech has been in the process of transitioning from a bulk ingredient supplier to a company that produces and markets its own consumer products. Over the past year their consumer products business, Nutrex Hawaii, has seen significant sales increases.

The company is in the process of expanding production and building out additional infrastructure for its consumer facing offerings.

Michael A. Davis – Independent Chairman of the Board

Walter B. Menzel  – President of the WM Group

CLICK HERE to get access to your FREE Safe Money Guide plus annuity quotes from A-rated companies from Annuity.com. See why 1000’s of people have turned to Annuity.com for their retirement needs. Get started today! 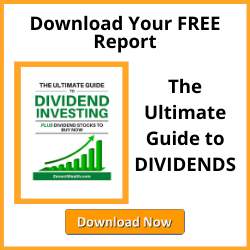